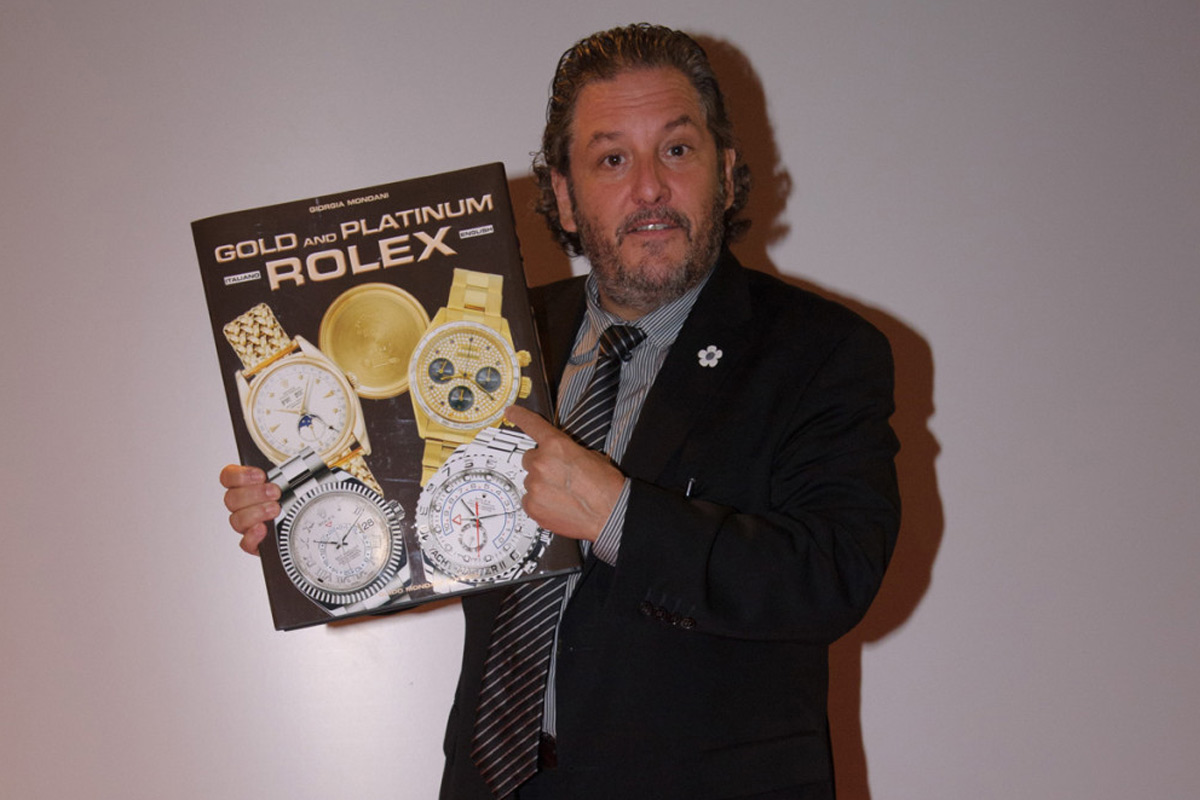 Posted at 16:23h in News by giorgia.mondani

There are two words every American knows… Coca-Cola & Rolex. The truth is that today Coke is no more American than Rolex is Swiss—travel the world today and two things every country in the world has in common are people wearing Rolex and also those enjoying a Coke—the billboards are seen everywhere in the world today! They have both transcended their roots and today are every bit Italian, Japanese, Chinese, German, South American and French as they are American and Swiss!

So having established that two of the most recognized—or desirable brands in the world today are Rolex and Coke, there is still a dramatic difference between the two. While billions have enjoyed a Coke, Rolex remains an object that is equally admired and desired—but elusive and rarely acquired. While Coke may represent “the real thing”, Rolex simply represents luxury and success. Thus, while drinking a Coca-Cola is a right of passage, Rolex remains merely a dream for the overwhelming majority—and a badge of honor for so few of the lucky, talented, successful, investors and collectors of the world.

And it’s you relatively few savvy collectors of the world that have also been lucky enough to acquire The Mondani Group’s newest achievement and tribute to our craft “Gold and Platinum Rolex.” Yes—collectors—we buy them, trade them, own them and collect them because we love them—in fact you might say that we have a higher appreciation for them than Rolex themselves!

Indulge me for just a few minutes more to talk a bit about myself and how I see the “sport” changing since writing my last preface for the Mondani’s almost 5 years ago for their iconic and monumental book, “Steel Rolex.”

I purchased my first gold Rolex in Chicago from Howard Frum in 1982—a 6265 18K Daytona with champagne dial and Oyster bracelet. It cost me $3,100. Having been a Hoosier and long-time car-racing fan, I spent time in the pits hobnobbing with the drivers and mechanics—they were the ones who always recognized my watch and that appreciated it the most—I spent a lot of time at the races! Back home, it was just a watch.

In 1984, I met Paul Newman in the pits at Elkhart—he was there with Mario Andretti, who ultimately won the race for Newman-Haas Racing that year. Paul was calm and cool resting on his newly released red Ferrari Testarossa and drinking a Coke—on his wrist was a Rolex Daytona. It was the first time I had seen someone else wearing “my” watch and it was Paul Newman—I was cool! The sad ‘loss’ of that watch led to the acquisition of thousands more and the dream I live today.

In 1986 as I strolled down Melrose Avenue in Los Angeles I was accosted by the late (great) Brad Gold, who shared a shop with the late (great) PJ Waslien directly next door to the shop of another Pioneer, the still very much alive Ken Jacobs at Wanna’ Buy a Watch. Brad dragged me into his shop—grabbed a wad of $100 bills, pointed to my watch and said “how much?”

I left the shop with $8,800! I soon learned the true value of that watch—I had sold it for at least $5,000 too little… Joy quickly turned to gloom and then to opportunity… I called my old friend Howard Frum and bought 5 more in steel that more than made up for my first mistake. I was 26 years old and had just become a watch dealer.

The Internet was still an emerging dream—the vast majority hadn’t even had an email address and Ebay was simply selling Pez dispensers—while things were about to change rapidly over the next two years, at this moment in time an “arbitrage” still existed as watches had a “regional” value that was relatively unknown to even the majority of even seasoned dealers. Over the next 30 years I handled some of the most important, beautiful, iconic and most desirable watches in the world—studied the craft, became a market maker, an expert, a buyer, a seller, a trader and a very successful dealer.

Moreover, I became a collector and began what has been a life-long obsession with Rolex. Managing to “put away” an occasional watch here-and-there that I simply couldn’t part with helped me amass, over the years, a collection worthy of praise.

If you haven’t already done the same I encourage you to start today—put something away that you love. One becomes two…two becomes three and before you know it you’ve got a collection. Those that have done so know the sense of satisfaction this brings and those that have not are simply missing out. It just starts with one—it doesn’t have to be expensive—it just has to speak to you. If my little story today motivates you to either start a collection or add to your existing collection then I have been a success in this preface.

Ladies & Gentleman, colleagues, competitors, investors, friends and fellow collectors…. There is nothing in the world quite like a Gold or Platinum Rolex. Hold it in your hand and feel its weight—breathe in its esthetic and bask in the glory of its beauty, importance and history. Know that your vintage Bubble-Back may have waited for a hero returning from WW2 or that your GMT might have seen Elvis’ first concert or that your Day-Date might have met the Beatles or worked in the Kremlin.

Wherever it’s been, whenever it was made and however you got it—it’s a treasure to behold. You are among the lucky few who can enjoy this rare gift. So crack open an ice-cold Coke, put on your favorite watch and enjoy this informative historical, pictorial and magical array of Rolex watches expertly assembled by my friends Giorgia Mondani, her father Guido Mondani, her mother Franca Mondani and her newly-wed husband Daniele Di Murro along with her talented and able staff.

A final note… Instagram has become the portal of watch dealers and collectors worldwide. It’s the de facto meeting place for fine and collectible watches worldwide—if you haven’t been there go! If you don’t have an account, get one! Be a voyeur and contributor… Follow me @bobmaron and let me know what you think! I will do the same for you… Happy hunting, enjoyable reading and successful collecting!

Click here to know more about Rolex Gold and Platinum